by The Lizards' Invasion 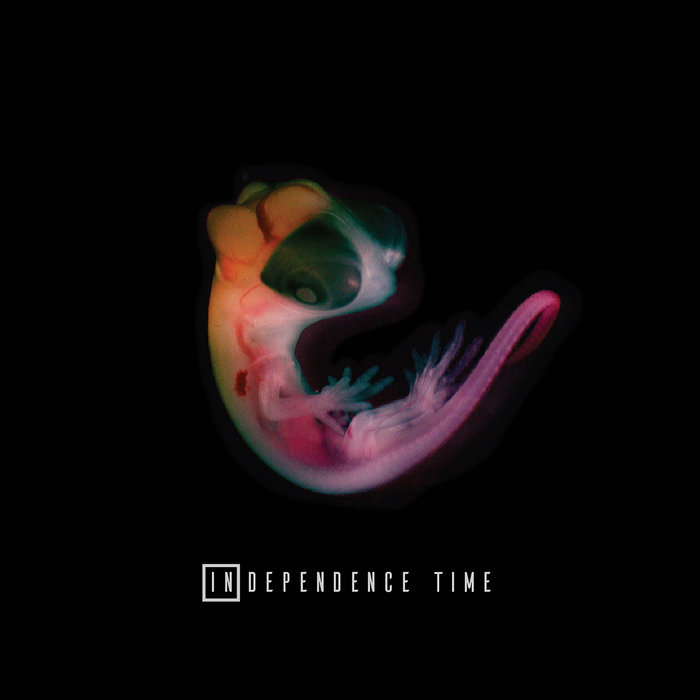 “IN-dependence time” is a concept album, a sort of story in which all the chapters tell the story of a world parallel to ours where initially everything seems in harmony, humans don’t feel negative emotions, no one wants power for himself at the expense of the next . This balance breaks when a deliberately undefined entity (called Insider) arrives, proposing a sort of "pact" to some humans ("you open your heart to me, leave me the command and you will see that together we will become powerful and respected, it does not matter trample on others, you are above all "), thus diverting the original mentality. The consequence is that the peaceful world is transformed into the world as we know it now. In the end, after many sufferings and battles, the "good" humans prevail, but the narrator (who speaks at the beginning of the album to tell INtro) remembers that this is only a story and the real battle is fought outside of the record, in real life. The intent of the album is therefore not to make the moral in the world, but to launch a kind of provocation. This is why the double value of the title: IN-dependence time can mean "in the time of dependence" and refer to the relationship of dependence established between human beings and entities, or it can mean "time of independence" and therefore refer to the last chapter of the record in which we have the redemption of man, the desire to not depend on negativity that has impregnated our way of life. The album contains 7 tracks and each track represents a chapter of the story:
INtro
INdividuals
INsider
INvasion
INterlude
INdestructible
INcredible

The title of each track begins with "IN": this is because the story, although it’s very simple in its development, leads the listener to have a confrontation with himself, in himself precisely. Moreover, in the story, it is precisely the inner dimension of human beings that is targeted: it is the individual awareness that becomes a fundamental action to counteract the entity.
Musically, every track of the album reflects the respective chapter of the story. The conductive thread between these is a soft and sometimes suffused departure which then flows into intense and explosive atmospheres; the listener is thus actively transported in the concept, following the story from the inside, respecting the thematic aims of the disc. It develops in a balanced sense almost as if it were a book.
The sounds are distinguished by an extensive use of effects on each instrument, thus deviating from rock by definition and recreating modern and three-dimensional dynamics.

The project begun in June of 2011.
In 2015 the band won the regional finals of Emergenza contest, that allowed to them to play at Alcatraz in Milan.
In 2015 also they won the prize SchioLife at VicenzaNetMusic, thanks to this they opened Ian Piece's concert. ... more

Bandcamp Daily  your guide to the world of Bandcamp